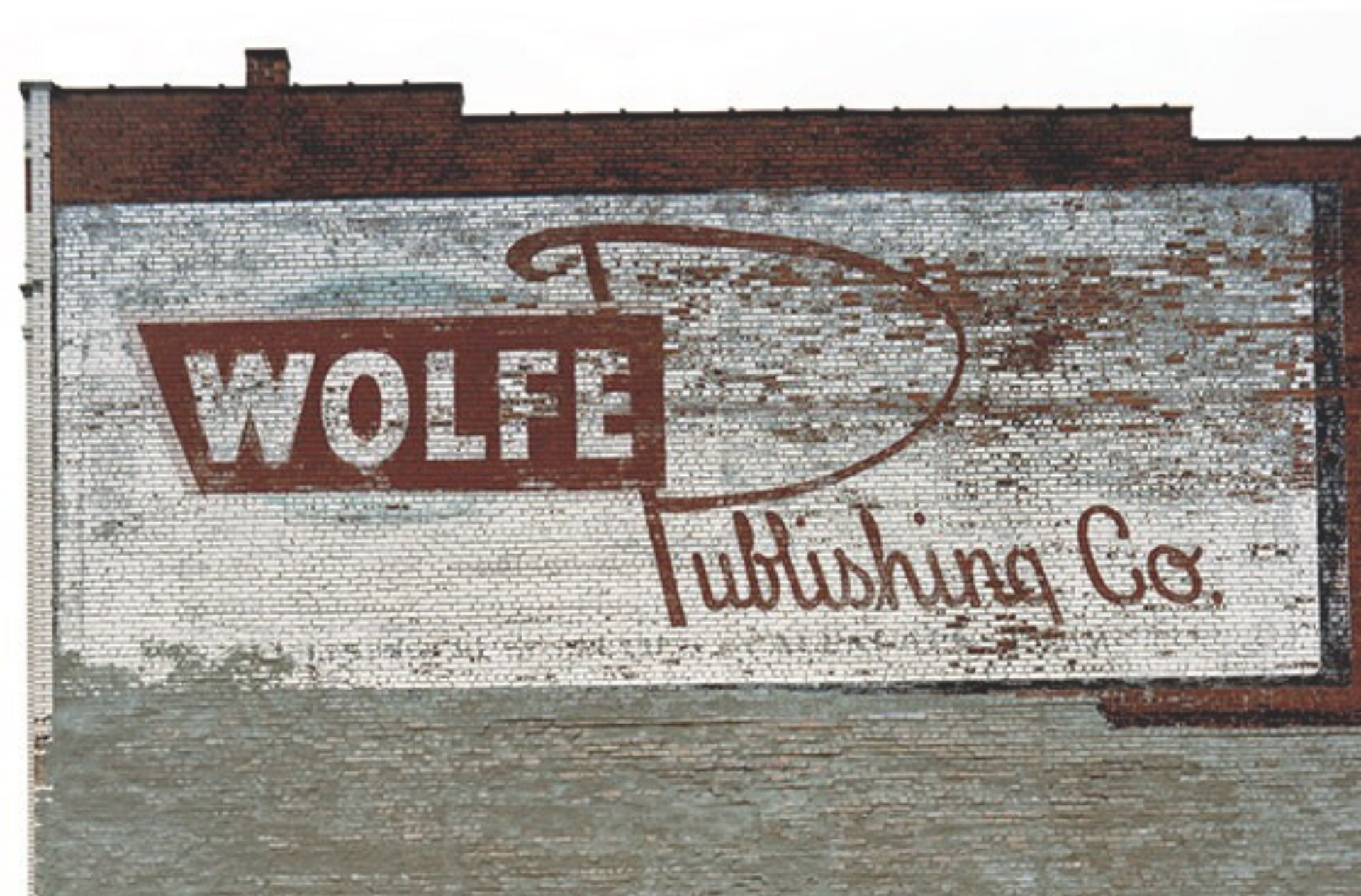 If you take a stroll down Decatur Street in Pittsburgh, you’re likely to spot a washed out black and white sign with the words “Valley Dairy” on one of the street’s old brick buildings. This sign remains decipherable, but it’s faded and worn with vines starting to make their way over the paint. The image is prominent but incomplete. It might even seem a little ghostly. This is one of the ghost signs in Pittsburgh.

The worn-out signs advertise the businesses or products that were once there or sold inside. They are also a continual reminder that Pittsburgh is a city with a rich history. When you spot one, you’ll have a reminder about how times have changed and how they are still the same. The people who created many of the signs put a lot of detail and hard work into them.

During the early part of the 20th century, these kinds of signs were a popular way to advertise. Companies displayed them to market everyday products. For instance, Gold Medal marketed its flour and Wolfe advertised its publishing services. You’ll also see old signs for out-of-date products like nicotine-neutralized tobacco and home-dressed meats. The signs remain visible today because they were applied to brick buildings using lead-based paint. Some reappear in bright colors after old buildings come down. Also, there are people who choose to restore them. These signs give you a small peek at the Pittsburgh of yesterday.

In the 1960s and 1970s, this kind of advertising became outdated. Billboards alongside of highways and throughout the city took the place of the building signs, leaving them to fade away into history.

A few years ago, Will Zavala and Kelly Bogel, two local filmmakers, created a ghost sign exhibit. Zavala planned the project and Bogel took the pictures. The exhibit displayed 30 large photographs of about 180 stunning images. These were from 150 Pittsburgh locations. It was a good thing that these history lovers preserved many of the ghost sign images on film because they are starting to vanish. As Pittsburgh modernizes itself, many business owners have painted over them. The signs are washing away and disappearing completely since some old buildings are being torn down.

Where Can You Find the Ghost Signs?

You’ll find many of the Pittsburgh ghost signs throughout the city’s different communities ranging from Homewood and Brighton Heights to the North Side and McKees Rocks. Each area features its own unique history. They are a detailed illustration, one that tells you the tale of Pittsburgh’s past. If you’re not planning to travel to Pittsburgh anytime soon, then you can view them on several websites.

The next time that you’re in Pittsburgh, keep an eye out for the ghost signs. Pictures of them are great souvenirs, ones that you could blow up and frame. These advertisements of yesterday are amazing historical artifacts. Come see them before they’re gone.